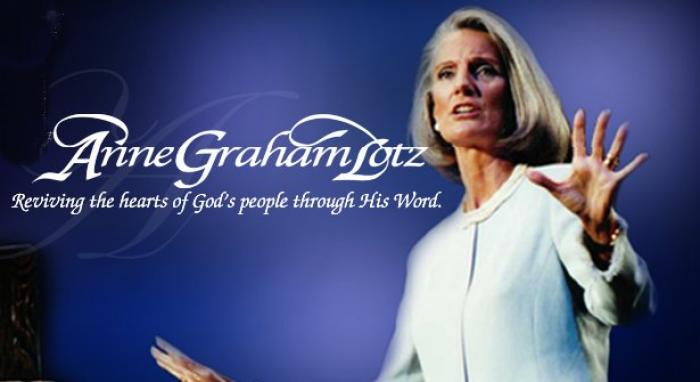 Where Is God? Anne Grahams answer about 9/11.

Anne Graham Lotz is the second daughter of Billy Graham. She has stepped in her father's footsteps and formed a ministry that is based in Raleigh, N.C. She calls herself a Bible teacher. She is not an ordained minister.

Her father has called her "the best preacher in the family". She spoke with Early Show's Jane Clayson on Sept. 13 to offer some comfort to the families of the terror victims.

Jane Clayson: We've turned to your father, the reverend Billy Graham, so often in times of national crisis. What are his thoughts about what happened on Tuesday? Anne Graham Lotz: I turned to him also. In fact, I called him last night after you all called to arrange for this. He's reacting like a lot of Christians around the country, we're all praying. I think about those people you just showed. I wasn't sure I'd be in control when you came on because it just provoked such emotion to see these people carrying pictures of their loved ones and knowing they don't know if they're alive or dead.

And at a time like that, I know the families and the friends of the victims can hardly even pray for themselves. They don't know what to say or how to pray. I want to say to them - families and friends of the victims, that there are thousands of people in this country who are carrying you in prayer right now. And we're praying for you with hearts filled with compassion and grief and just interceding on your behalf, asking the God of all peace and the God of all comfort to come down in a special way into your life and meet your needs at this time. My father and mother are also praying like that.

Anne Graham Lotz: I think it is almost easier to have faith because we have nothing else in some ways. I've watched as this nation has turned to prayer. We've seen prayer vigils. And in our city, we have prayer vigils. And so I thing it is a time to turn to God…. Our nation has been hit and devastated by this day of terror and now I believe it is our choice as a nation as to whether we're going to implode and just disintegrate emotionally and spiritually or whether we'll make the choice to be stronger. I think right now, we have the opportunity to come through this spiritually stronger than we've been in the past because we turn to God.

Anne Graham Lotz: I say God is also angry when he sees something like this. I would say also for several years now Americans in a sense have shaken their fist at God and said, God, we want you out of our schools, our government, our business, we want you out of our marketplace. And God, who is a gentleman, has just quietly backed out of our national and political life, our public life. Removing his hand of blessing and protection. We need to turn to God first of all and say, God, we're sorry we have treated you this way and we invite you now to come into our national life. We put our trust in you. We have our trust in God on our coins, we need to practice it.

Jane Clayson: So many people have called this an act of war. Has he expressed anything about what a proper response for an attack like this should be?

Anne Graham Lotz: No. I've tried to be very careful. I don't ever answer for my father. But I believe in the next few days you're going to be seeing him and hearing from him and perhaps he will express some of those things.

Jane Clayson: As a spiritual adviser, how would you define the feelings right now?

Anne Graham Lotz: I was watching television the first day and interviewed a construction worker that who had been an eyewitness through all of this in a building next to the World Trade Center. He said, I've seen planes hit this building, people falling out of the sky. He said, my heart is in my throat. I feel like I would say the same thing. You almost don't have thoughts to articulate. Your heart is in your throat. You can hardly stand it. You're numb.

Jane Clayson: There's such a feeling of helplessness among so many. They don't know what to do beyond giving blood, beyond writing a check to help those in need. What would be your recommendation as a spiritual adviser?

Anne Graham Lotz: I thought governor Keating said it right when you asked him. He said pray. I believe we need to pray. As Christians, we need to pray for people who can't pray for themselves right now. I believe we need to call out to God and ask him to forgive our sins and heal our land. God is greater than sometimes we think of him and he can solve this, give us answer, give us wisdom, lead us through this in a way that makes us stronger as a nation but we have to turn to him.

Jane Clayson: This event has changed us forever. I know you believe that. Going forward, as a nation, what do you say about that?

Anne Graham Lotz: Well, I pray that God will use this event to change us forever in a positive way. And that will strengthen our faith in him. I thought of all those people who have died in this tragedy. It doesn't matter right now what political affiliation they had or what denomination they belong to or what religion or what the color of their skin was or their stock portfolio.

What matters is their relationship with God. I would like to see Americans begin to focus on some of the primary things and some of the things that are more important than just, you know, entertainment and pleasure and making more money. 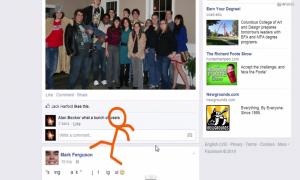 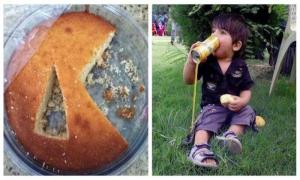 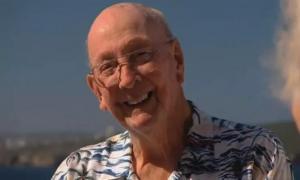 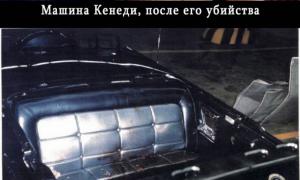 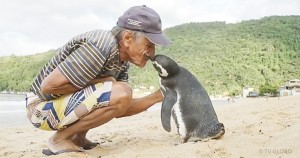